This is how the EU copyright directive will backfire

This is a global war of platform dominance, not a European fight for content copyright.

In the wake of the techlash, EU has passed the controversial Copyright Directive.

The two most potent articles in the directive are Article 11 and 13.

Article 11: Those who provide URL snippets to European copyright owners (like for instance Google and Facebook) must pay licence fees.

Article 13: Larger companies will be more liable for any European copyright material published on their platforms.

Why has the EU passed such a directive?

Belief 1: Owners of copyrighted material in Europe should now get more revenue via licensing fees from companies like Google and Facebook.

Belief 2: Companies like Google and Facebook will be less powerful, allowing European brands to compete in the platform economy.

None of the above scenarios are likely to see the light of day, though.

Due to a long history of legislative infringement in Europe against companies like Google and Facebook, Europe is already hurting bad in the platform wars. The Copyright Directive will not put Europe in any better position.

Understanding what will happen doesn’t require much deduction:

In the copyright battle for movies, Hollywood has been in fierce competition with Netflix for a long time. But rather than choosing to pay out of their noses to Hollywood, Netflix instead decided to produce their own content — with much success. This pushed Steven Spielberg’s buttons enough to come out and suggest that Netflix productions shouldn’t be eligible for Oscar nominations; a message that rings somewhat false as he a few weeks later announced himself as an active contributor to Apple’s new competing streaming network.

Both Google and Facebook has the capability to produce their own content, but they haven’t done so — not up until this point, anyway. This has been a strategic decision as they control algorithms and have been wanting to steer clear of being accused of unfair agenda-setting advantages. However, if they can provide their users with more accurate news reporting and more engaging content by paying less while blaming legislators for forcing their hands, they might be tempted to explore the Netflix route.

Facebook could set the organic reach for copyright-protected European platforms (like a local newspapers) to zero. As the local newspaper get no free traffic from Facebook users sharing their URLs, they will have to sponsor their rich snippets to make up for the traffic loss to a cost that will cover (and exceed) any new copyright expenses on Facebook’s part.

Facebook cold block all European third-party content providers from having their URLs shared by users unless the providers signs up for a “Facebook European Partner Program” to allow for their content to be shared. As a separate agreement between two parts on a free market, Facebook could dictate (and automate) such terms.

Facebook could devise a restrictive filter1 for all Europeans sharing European links by using a popup that explains that their user experience was just ruined by EU and the provider of the link they tried to share. As users feel that they are doing the content producer a favour by sharing their material, they will be hostile against both EU and against the URL provider.

And there are quite a few short-term measures that companies like Google can take:

Google could demote all search results from copyright-protected European sources to obscure SERPs. SEO will be rendered pointless for any such platforms and the only way for them to make up for lost search traffic is to pay for it via Adwords. North American content providers will be happy to quickly fill the void for any valuable search phrases.

Google could partner up more closely with Creative Commons and favour any content producers who waivers their right to licensing fees in a mutual agreement. Almost all European content providers benefitting from free search traffic would enter into such an agreement in a groundswell — bringing much more leverage to Creative Commons.

Google could ask copyright-protected European content providers to pay enterprise fees for access to Google Search Console, Google Webmaster Tools, and Google Analytics. Whatever European platforms get in return of licensing fees, they will loose (and more) via software fees needed to be eligible for a decent ranking.

My analysis of the legislation is in two parts:

On the one hand, the EU directive will open up for smaller European content providers open to abstain their licensing fees and willingly trade their rich snippet URLs for free social- and search traffic. And in the long-term, I think we’ll be getting more accurate and qualitative content as progressive and financially healthy companies will push traditional middle-men out of the game.

On the other hand, I’m fearful of forcing companies like Google and Facebook to become more proprietary; the late majority in Europe does understand that companies like these are powerful, but they fail to understand how. And Europe is far from being eligible to compete in the platform economy already; the directive will set us back years — years we simply do not have.

When considering further publicity related to this topic, remember this:

The message “internet will die” is alarmist propaganda with no causal logic whatsoever to back it up; the internet isn’t dependent on European copyright-protected material as much as most people think.

European copyright-lobbyists are celebrating because they think that their middle-men clients now has secured hefty licensing fees, but they will soon realise that “free” social- and search traffic wasn’t actually free to begin with.

Content is severely overrated. We live in the era of online platforms where the medium is the message; Europe has already lost the platform war and we, the citizens of EU, will pay that price in decades to come.

Photo by Banter Snaps on Unsplash.

Jerry Silfwerhttps://doctorspin.org/
Jerry Silfwer aka Doctor Spin is an awarded senior adviser specialising in public relations and digital strategy. Based in Stockholm, Sweden. 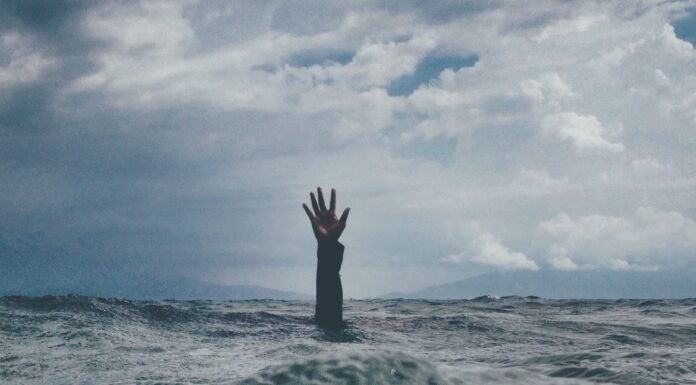 The Public Relations Blog
Contact me: jerry@doctorspin.org
Web design, construction, and SEO by Jerry Silfwer.
I use cookies to give you a better browsing experience.OkPrivacy policy