The internet of brains — time to join the hivemind

Would you add your brain to the online mix?

Through trial-and-error, the rats in the experiment began to synchronise their electrical brain patterns as if they shared a single brain.

In tests to distinguish between various patterns, the networked rats were able to outperform non-networked, individual rats.

So, scientists have now demonstrated an “internet of brains” — in rats.

An internet of brains — for humans?

In experiments, this has shown to be performance-enhancing in simultaneous yes-or-no situations and it’s possible to think of human applications for this type of swarm intelligence.

These results suggest that science is relatively close to being able to allow biological brains to synchronise their electrical patterns.

It could potentially open the door to an enhanced form of human communication, a human api, where you’re able to temporary synchronise your brain patterns with whom you’re communicating with.

Swarm intelligence could be used to enhance the enjoyment of artistic performances where you’re able to synchronise some of your experience with both the artist and the audience.

Maybe the Covid-19 pandemic might even accelerate the need for these types of hivemind technologies?

Okay, so maybe my mind’s dirty, but I could easily think of various religious or spiritual applications for a technology of this kind.

In Nexus, science-fiction writer Ramez Naam suggests a drug allowing you to feel what others are feeling:

“Chuan bought a round of drinks. A bleach blonde Thai girl in a low-cut blouse and unnaturally large breasts came up and snuggled into his arm. He started telling a story about a drug called Synchronicity. Sam’s ears perked up. ‘Synchronicity?’ she innocently inquired. ‘What’s that?’
‘It’s N and M together. The champagne of trips.’ He kissed his fingers for emphasis.
‘N as in Nexus?’ She wanted him to spell it out for her.
‘Yeah. And M as in Empathek. The M makes you want to connect, want to understand, want to love. And the N actually lets you feel what other people are feeling. It’s beautiful. Magical.‘”

Since these types of synchronisations are transferred electronically, the internet could be used as a carrier for such connections.

Will we see new group sizes?

We already know that the web is no longer flat, so the mixed reality might hold many precious (and scary) new human experiences still.

Join the hivemind of your choice

The idea of literally “plugging in” to a chosen community to co-create and solve problems is simply staggering — and a theme recurrently investigated by numerous science fiction writers throughout history.

The technology doesn’t allow for any type of language, symbol, meaning, or visual transfer to another brain.

But it does allow for sharing mental states as induced by various brainwave patterns. As a fan and long-time user of brain.fm, I’m likely to be amongst the first to try new types of brainwave applications.

This new technology does potentially allow us to connect not just with each other, but also directly with computer systems.

Computer-generated brainwave patterns could be used to enhance learning speed or put people in an optimal mental state for a specific task.

There could also be medical brain-to-computer applications to treat anxiety and depression.

Is this perhaps a venue explored by Elon Musk’s rumoured Neuralink?

Will we be changing our brains in the process?

It’s also conceivable to expect certain effects related to neuroplasticity — it might be possible for a human brain to develop neural circuitry to make better use of this form of communication.

If we can learn to detect and distinguish between a wide array of signals, two brains could potentially find a type of “morse code” to send detailed and specific messages between each other.

For marketing, the technology implies a serious leap for the importance of brainwave data for target audiences.

If you know more about which mental states that make people susceptible to suggestion, social networking sites with brainwave-sharing communities could offer advertisers a whole new frontier of programmatic advertising.

Needless to say, the development will likely also be met by a techlash — serious challenges both in terms of legality and ethics.

On a more philosophical level, we might also be forced to ask ourselves:

What happens if our inner dialogues suddenly becomes more accessible for governments and private interests?

Photo by Marieke Tacken on Unsplash.

Jerry Silfwerhttps://doctorspin.org/
Jerry Silfwer aka Doctor Spin is an awarded senior adviser specialising in public relations and digital strategy. Based in Stockholm, Sweden. 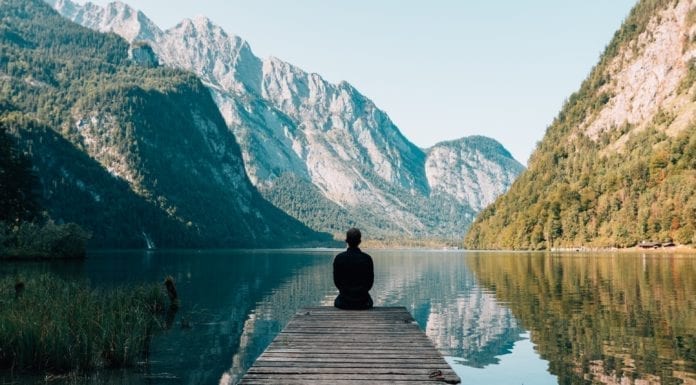